What happens in Catalonia?

Catalonia’s industry thrived under Franco’s dictatorship, he was the protector of the “familias” who own the catalan provinces.

Radical nationalism and political recklessness are creating unneeded instability and uncertainty in one of the richest regions of Europe. 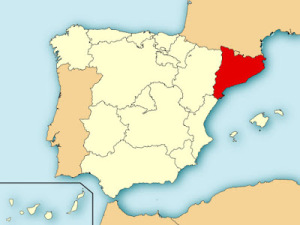 Catalans have always been part of Spain. Now radicals and greedy politicians are endangering catalan´s future.

The Kingdom of Spain is one of the oldest european nations. Known by the Romans as “Hispania”, it emerged as a modern nation state in the XV century when the medieval kingdoms of Aragon and Castile willingly united their fates under a common Crown. The Princedom of Catalonia, in the northeast of the Iberian peninsula, was part of the Kingdom of Aragon.

In 1978 the Spanish citizens voted the national Constitution in a referendum. The Constitution established a democratic political system and proposed a highly decentralized model, organizing Spain in 17 autonomous regions with wide and relevant powers. The Constitution was voted in a national referendum: 68% of catalans voted, of which more than…